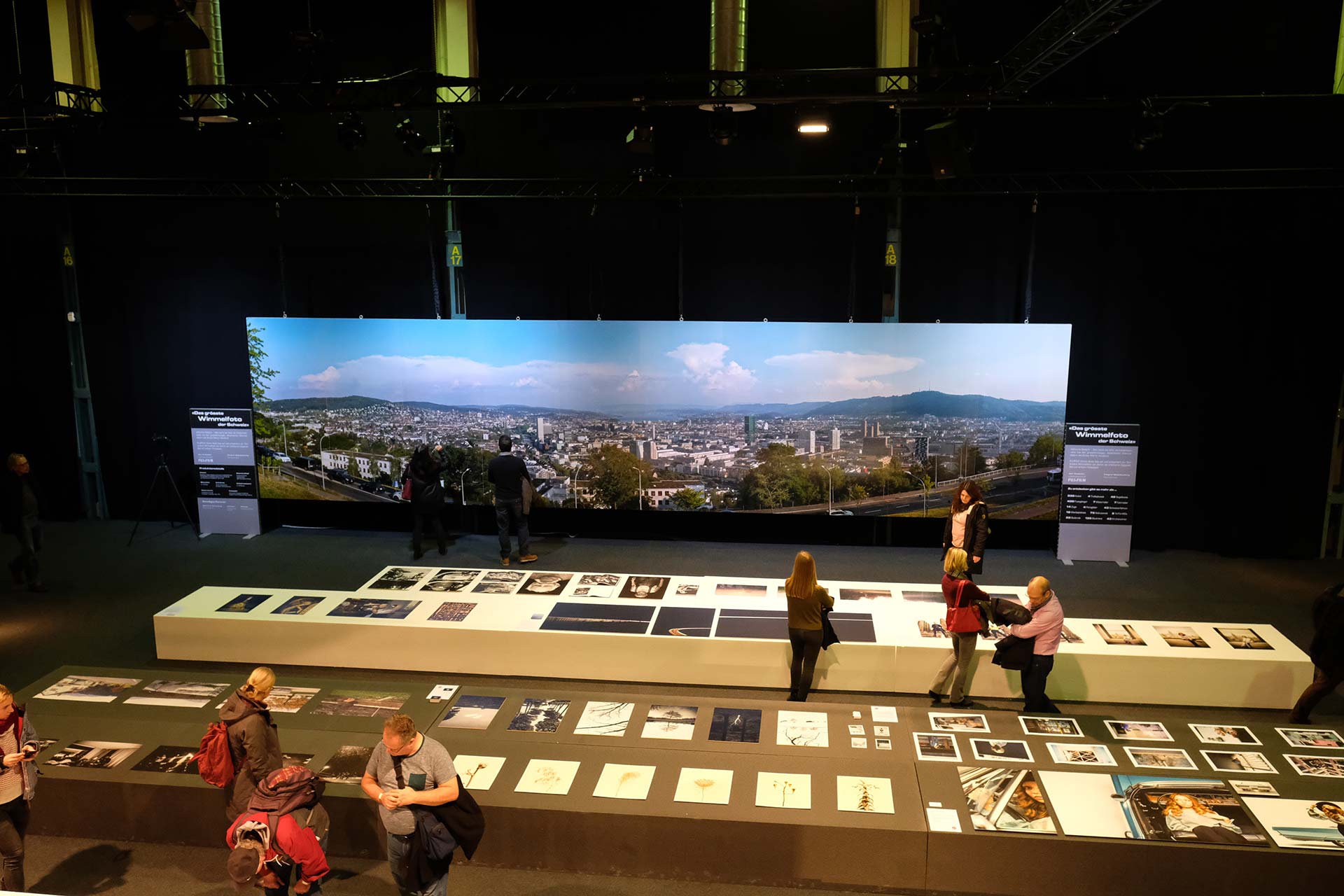 As part of photo19 – the largest photo exhibition in Switzerland – the team from FUJIFILM Switzerland took up the idea of these hidden object pictures and exhibited a panoramic view of the city of Zurich as a 2.8 x 12 metre, experienceable gigapixel image.
The panorama consists of 204 individual shots and has a data volume of 67.4 GB. The images have been taken with the FUJIFILM GFX 50S and the FUJINON GF 250mm F4 R LM OIS WR with 1.4x teleconverter, mounted on a programmable SEITZ Roundshot VR Drive panorama head. The entire recording sequence took about 20 minutes.

The panorama was then exposed and developed on Fujicolor Crystal Archive Professional Maxima Paper in ten 1.2×2.8m segments.

The impressive panorama impresses both with its extremely realistic overall effect and with its very high resolution of details. Even at a distance of more than 1.5 km a person can be perceived. Thus the panorama captivates in the sense of being a “hidden object” picture. By innumerous details, which can be discovered – e.g. hundreds of cars and construction cranes, bicycles and scooters, church clocks, railway trains and much more – it fascinates every visitor.

With this spectacular project, Fujifilm has impressively demonstrated its leading role in the world of photography by combining outstanding products from the fields of electronic imaging and photo imaging. 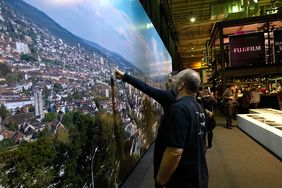 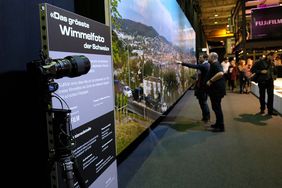