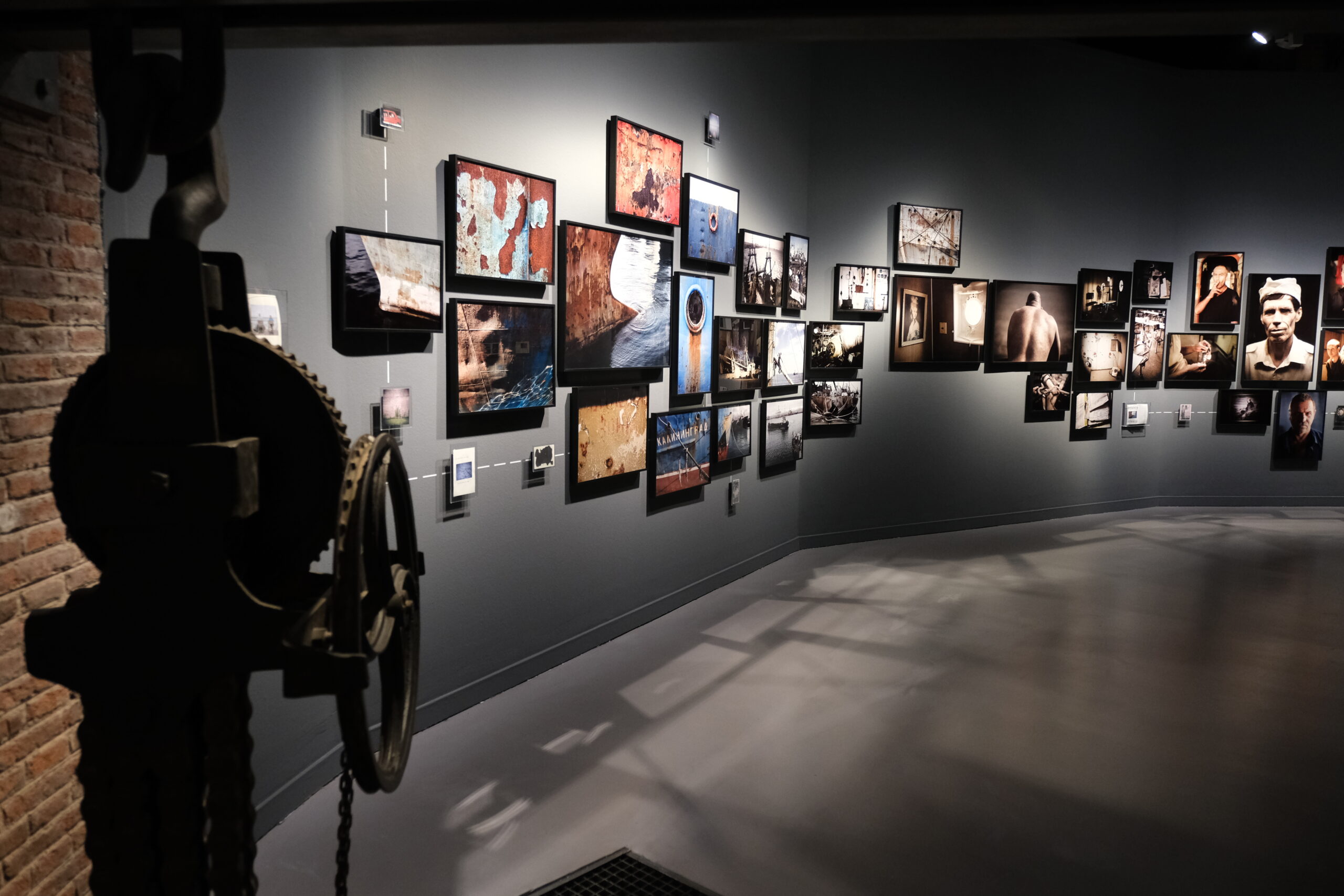 Matías Costa was born in Buenos Aires, Argentina, in 1973 and lives in Madrid, Spain. His work explores the concepts of territory, identity and memory through an artistic approximation to traditional documentary photography.
His award-winning career includes receiving World Press Photo awards twice, the Discovery Prize at the first PHotoESPAÑA festival and an Honourable Mention at the RM Latin American Photobook competition. He also won the Leica Prize at the Images Vevey festival in Switzerland and received grants from the Fondation Jean-Luc Lagardère and FotoPres La Caixa.
His work has been widely exhibited at venues around the world and is included in the permanent collections of the Museo de América in Madrid, Spain, the Hubei Museum of Art in China, the Museum of Contemporary Art in Panama and private collections.
He has also published books: Zonians (La Fábrica, 2015), Photobolsillo (La Fábrica, 2011 and reprinted in 2014), The Family Project (Lens, 2012) and SOLO (La Fábrica 2020).
He is a professor of Contemporary Documentary Photography at the TAI University Arts Centre in Madrid, the King Juan Carlos in Móstoles and the EFTI International School of Photography and Cinema and LENS School of Visual Arts in Madrid.
His first retrospective exhibition is held at the Sala Canal de Isabel II art centre, in Madrid, between December 2020 and January 2021.

Matías Costa is continuously in transit and his personal and professional life are deeply marked by displacement. In his own words: ”I was born in Buenos Aires to a family that immigrated from Eastern Europe, Italy and Spain and had been derailed by more than a century of migration. I went into exile in Spain when I was just four years old. The topics I return to time and again originate in territory, identity and memory alienation. We miss cultural permanence, which we long and search for without ever finding it. This essential search is similar to the essence of photography where the invisible is highly significant: it is what is hidden in an image.”

The SOLO exhibition
The SOLO retrospective exhibition of Matías Costa’s artwork consists of three decades of work by a photographer with a dual nature, that of chronicler and poet. The lack of roots, the border, identity and flight, the failed project, orphandom or neglect are topics that provide his figures a common quality: that of children of a shipwreck, that of the large-scale projects of the previous century. A century viewed as an uninhabited wasteland, a blank page where the ideas of brotherhood and community were left broken.

His corpus (seven series taken at various locations worldwide, from the perspective of his initial photographic journalism to the authorial and autobiographical gaze can only be deeply understood through the second layer present throughout the exhibition and is perceived through a strange family tree of photographs, documents and pages taken from hundreds of workbooks. Like intruders these leftover dialogues defy chronology, places and narrative logic to discover the birth and development of each project, that of a single family, of research writing and that of photography as a means to escape and heal. The photographs celebrate a context that is not in the images themselves, contribute a play of simultaneity and reflections and suggest how each photograph by Matías Costa originates in the projection of his desires, memories and fantasies sprouting from fertile isolation.

The exhibition provides a new understanding of Costa’s footsteps. Reconstructing a broken family, assimilating in a disintegrated community or shaping your individual psyche or biography are, after all, activities related to a single project. A project that starts from a photographer who, with an exercise book and a camera in hand, rises above a barren wasteland from where to reconstruct the recent past. Alone, as Pasolini wrote in his poem, I “roam about […] in search of brothers no longer alive”.

On the X/GFX cameras
“My work has developed naturally towards the Fujifilm X and GFX systems. I have always worked with optical viewfinder cameras. I like having part of my face unencumbered to have a clear view of both realities, one through the viewfinder and the other with the naked eye. I am used to simple cameras, discrete and lightweight. When Fuji launched the X-Pro model I knew I would move away from cumbersome reflex cameras which I was using in spite of my preferences to this new system which is similar to the classic photography I really like.”

“The GFX has allowed me to continue working based on the medium format providing exceptional quality and incredible versatility. A lightweight camera that is easy to handle that allows me to work just like when using the optical viewfinder cameras I am used to.”

“My work method is based on contemporary documentary or authorial photography. I start from a concrete story to build a more evocative and personal narrative: that of atmosphere, tone and details which are sometimes more significant than the action itself. My photography style is related to being adrift, to intuition. I select a topic and a territory, and I let it carry me away, trusting I will find the images as I deliberately lose my initial direction. I start from a prior script that I modify based on unexpected findings. This is why I need a small camera that is easy to handle, which is barely noticed but provides optimum quality.”

Fujicolor Crystal Archive Professional Paper – Maxima
I was pleasantly surprised and privileged to be able to create the photos for the exhibition based on a chemical development system. The Maxima paper provided extraordinary saturation and a range of colours. The classic colour paper photograph is ideal for my type of work. The exhibition is a success and the audience that is familiar with professional printing of photographs has shown a significant interest in the production method.” 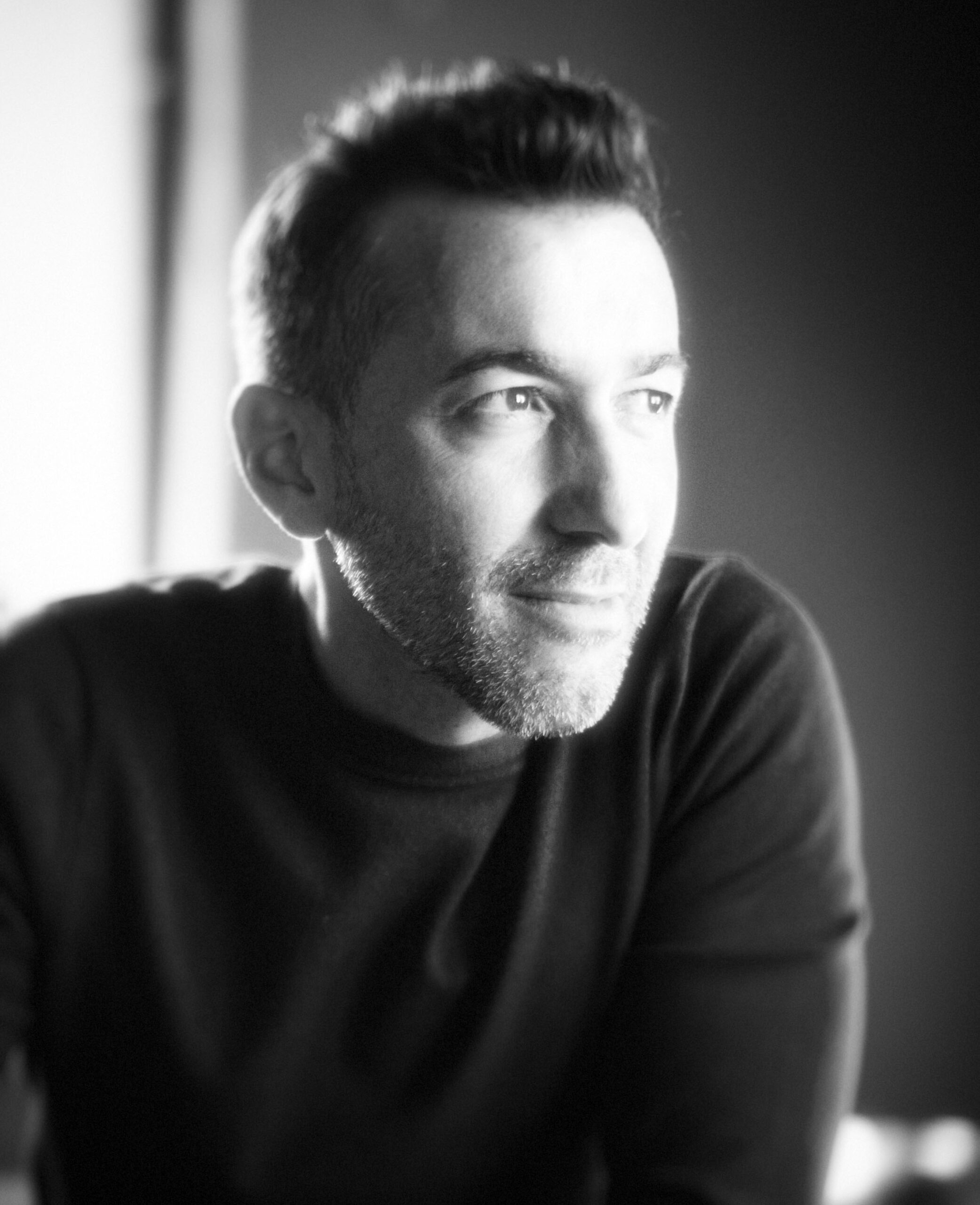 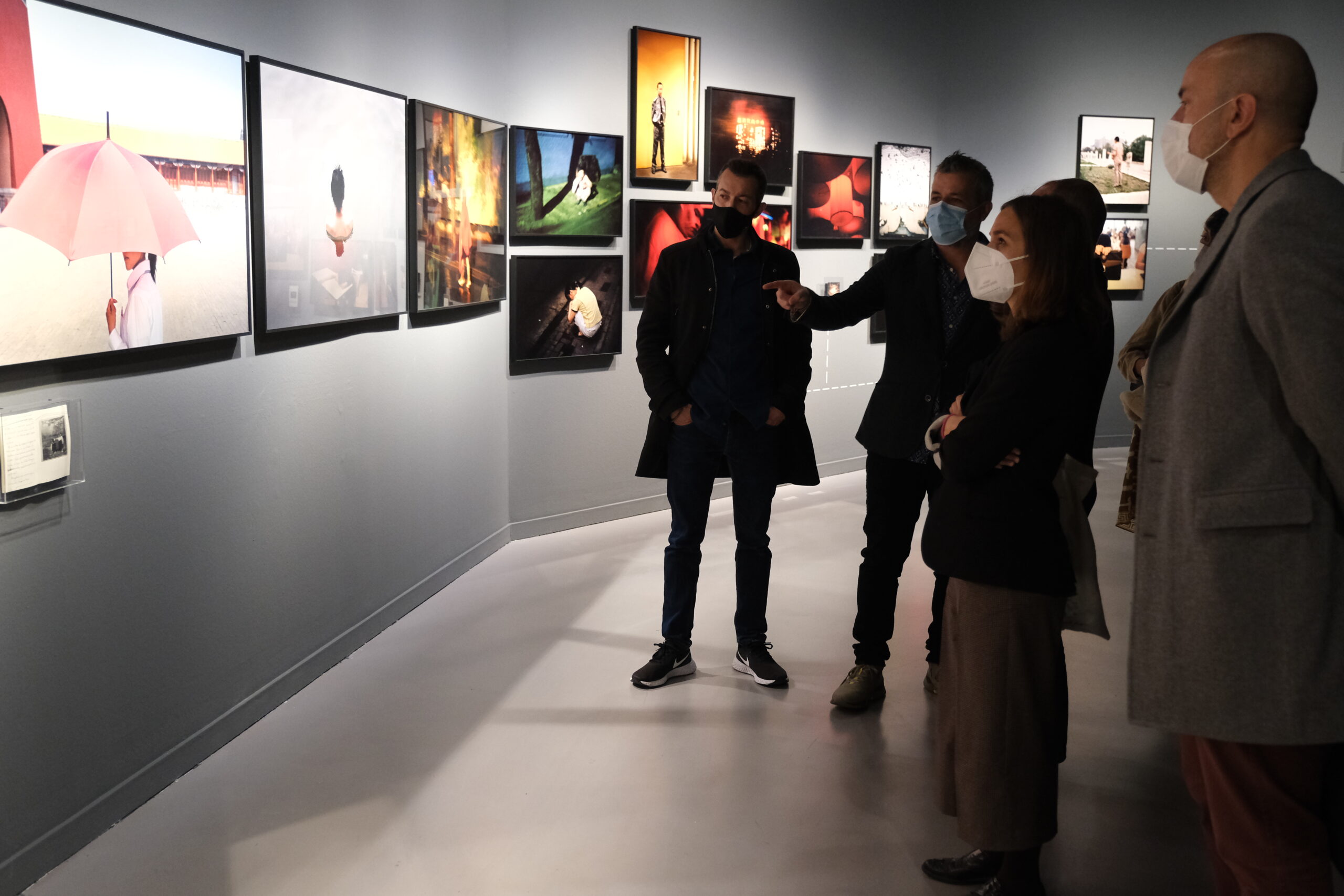 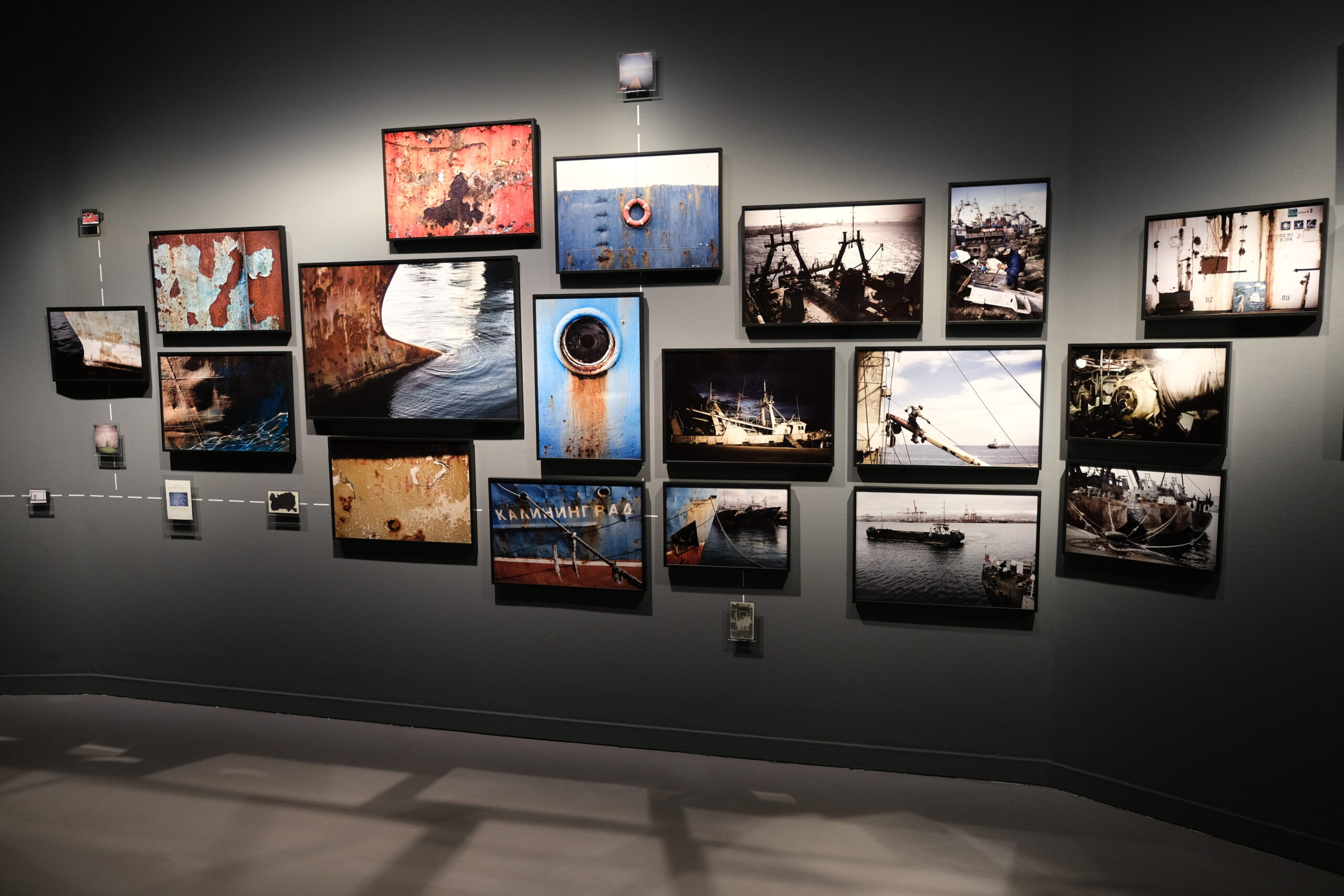 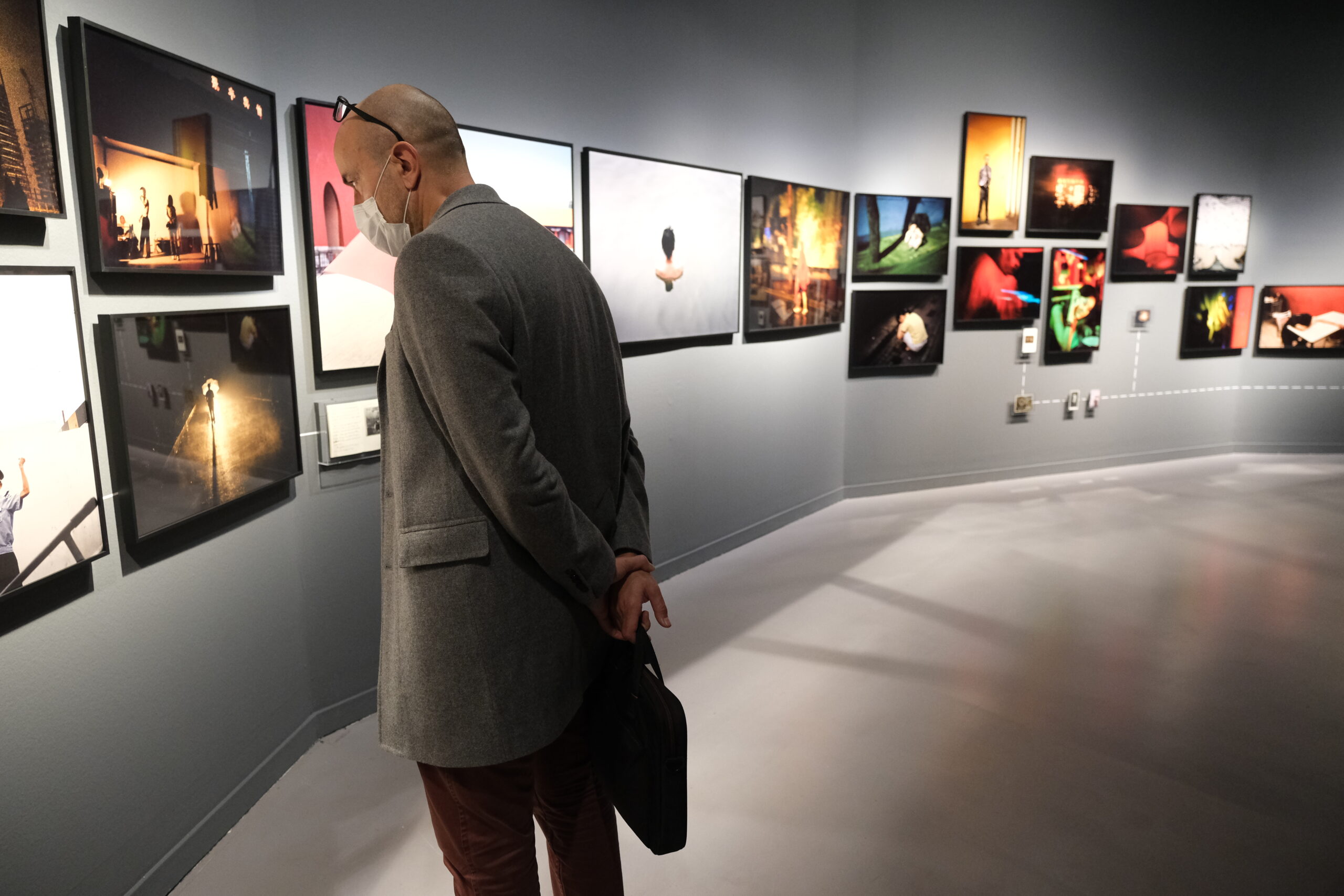 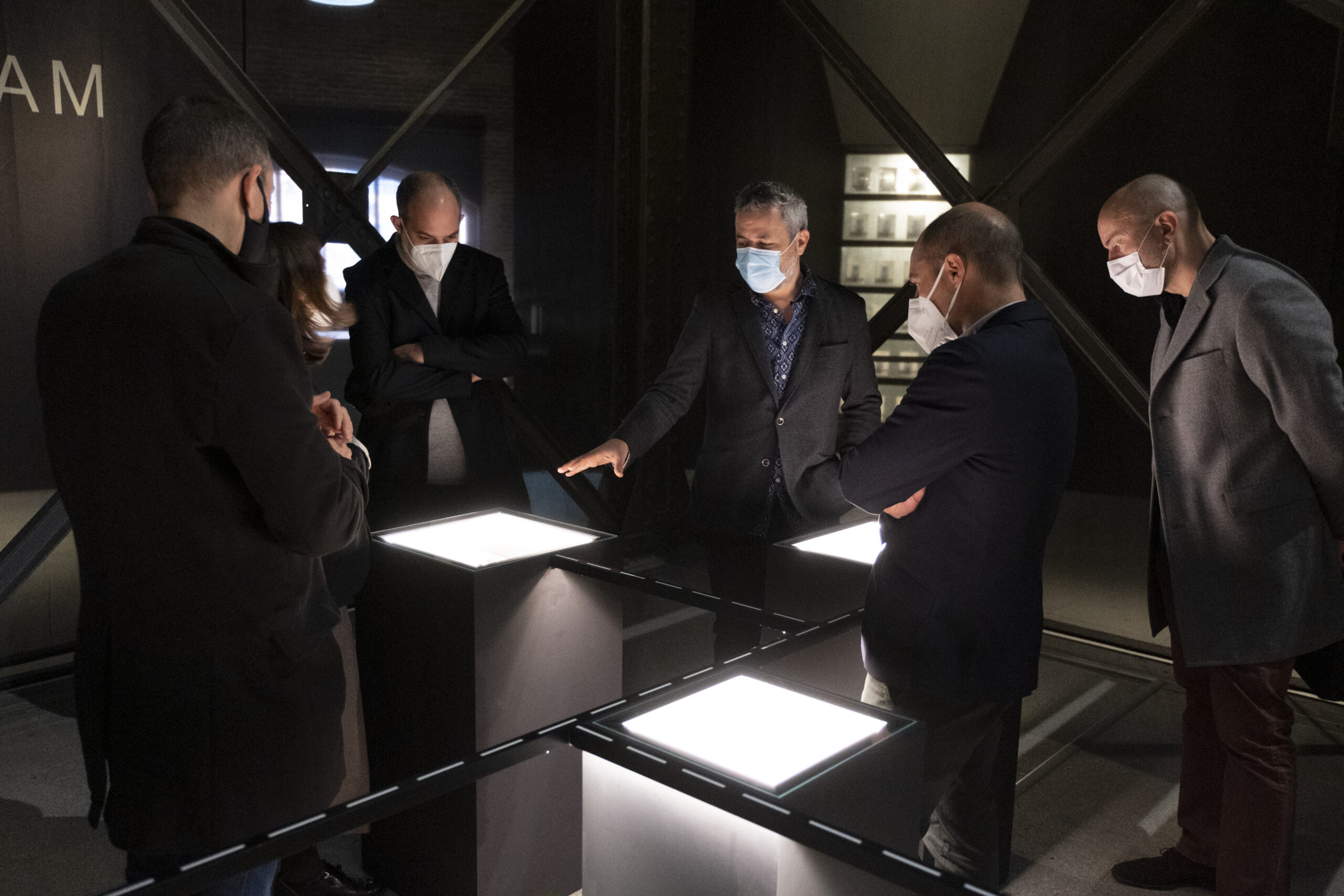 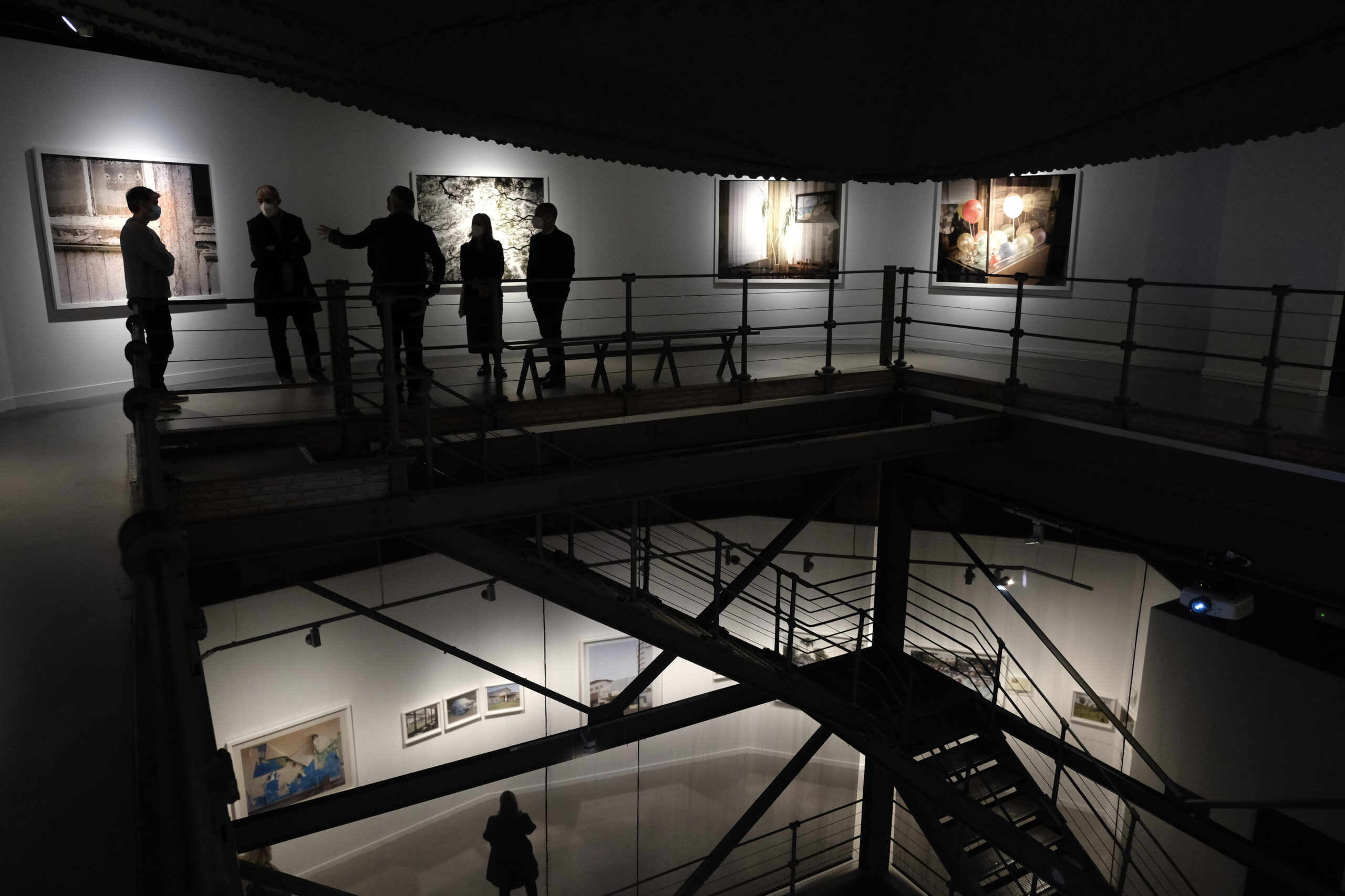 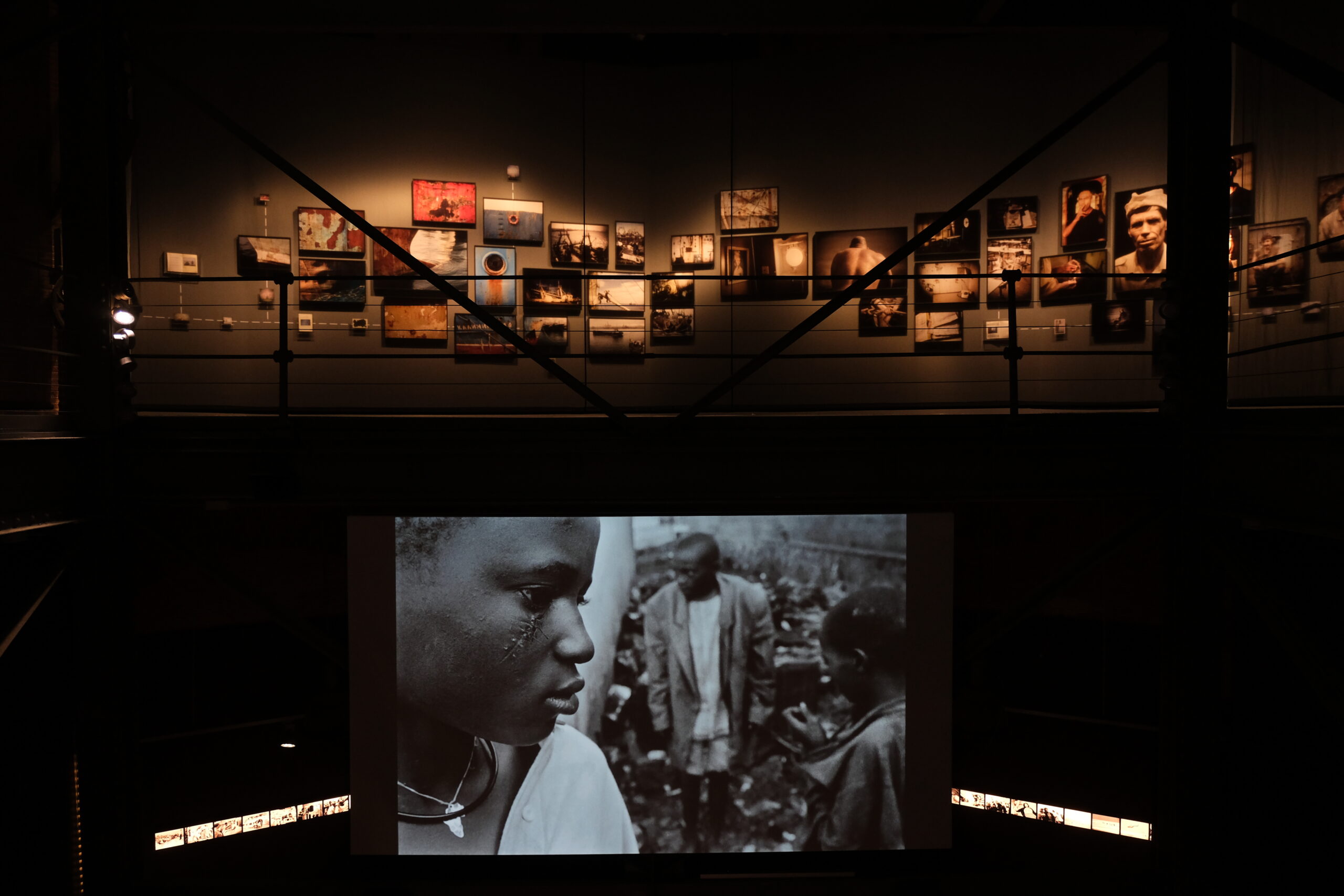 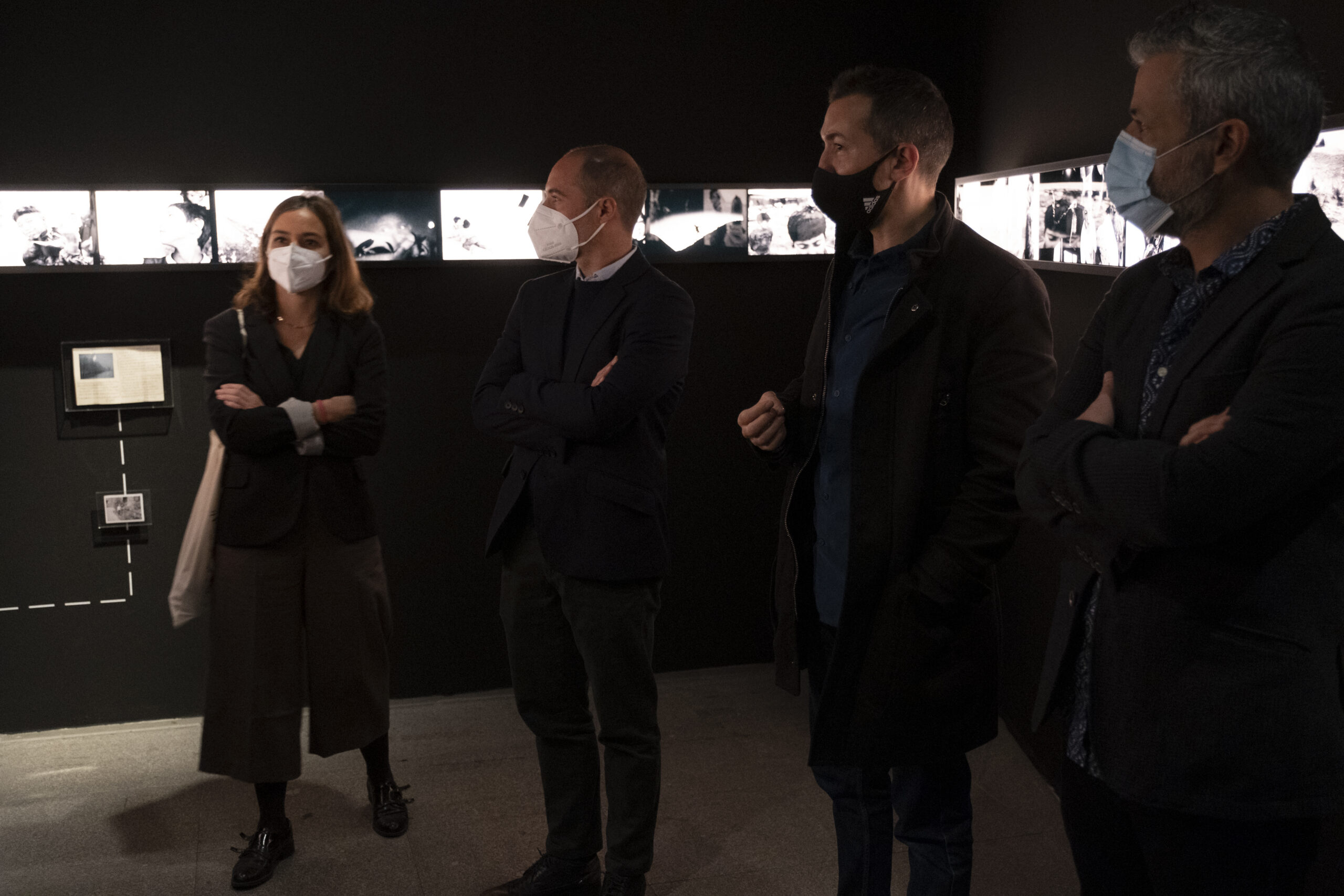 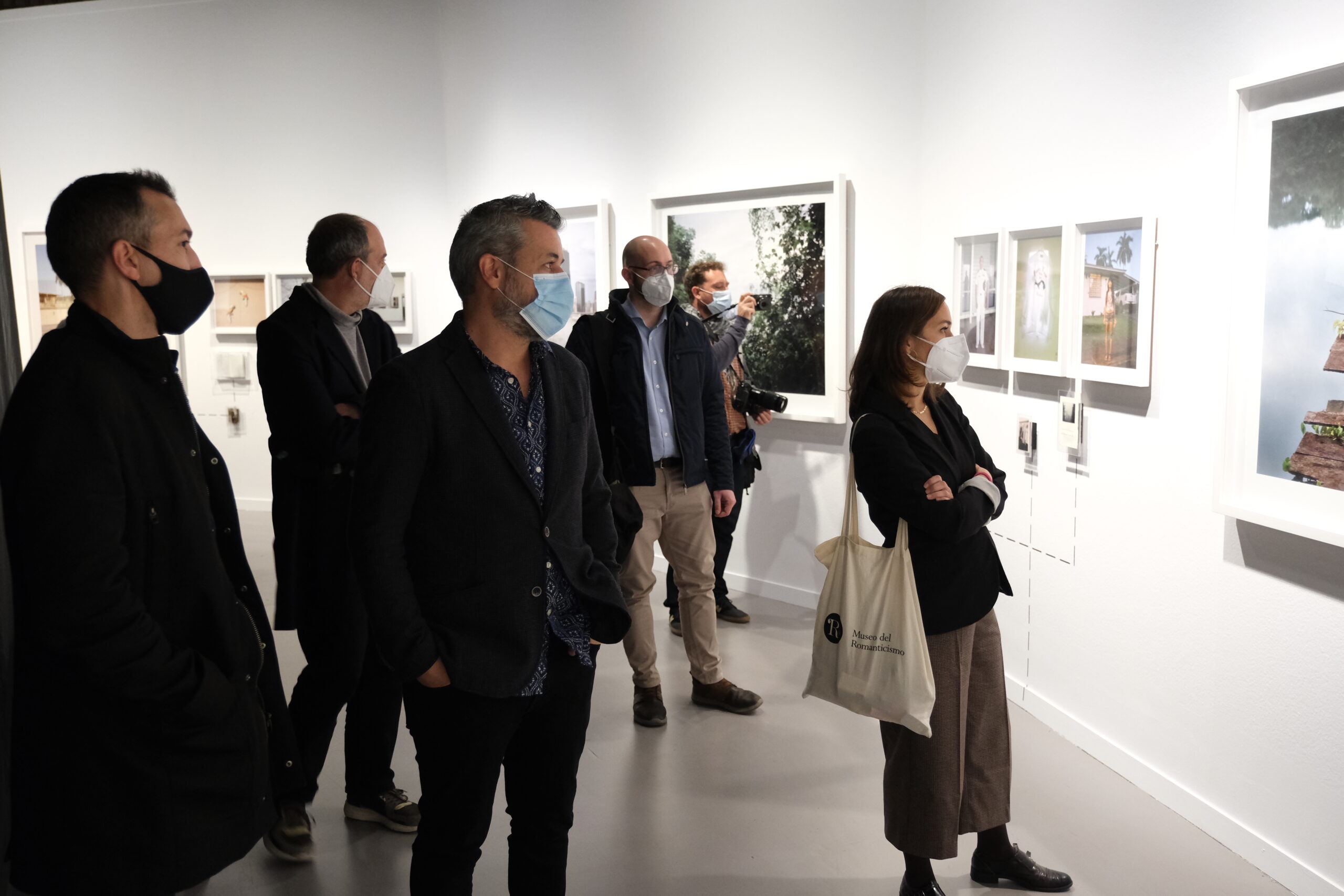